While the Chairman was re-elected, unopposed for the position, 14 other candidates vied for the remaining 4 seats on the Commission.  After two rounds of voting, the 4 other members were elected. The new Commission boasts the returning Chairman Mr. Francois Strydom from South Africa, Mr. Rajesh Hari Joshi from Nepal, Mrs. Ruth Haring (since deceased) from USA, Mr. Ravindra Dongre from India and Ms. Yolander Persaud from Guyana. Subsequently, Ms Yuliya Levitan (USA) was co-opted as secretary in a non-voting capacity.

Mr. Francois Strydom is a 57 year old South African advocate (barrister) with over 25 years of experience, practicing mainly in commercial law in Johannesburg. He is a long-standing member of the South African Chess Federation, holding for more than 10 years positions such as Chairman of the Constitutional and Ethics Committees locally, as well as the Legal Appeals Board. He previously served as secretary of the FIDE Constitutional Commission (2010 – 2014) and as Chairman of the FIDE Ethics Commission (2014-2018).

Mr. Ravindra Dongre, 55 years of age, is an entrepreneur and Director serving on the Board of his family-owned business. Mr. Dongre also serves as the Zone 3.7 President since 2010 and used to be a Councilor in the Chess in School Commission. He is an avid chess player, organizer for chess tournaments and served as the former VP and Treasurer of the All India Chess Federation.

Mr. Rajesh Hari Joshi, 61 years, holds a Bachelor of Engineering and an MBA. This is his second term elected to the FIDE Ethics Commission, having served from 2014-2018. Mr. Joshi, a former FIDE Board Member, also serves as the Immediate Zonal President 3.2 Asia, and has served as the National President of the Nepal Chess Federation for 8 years. He is the District Chess President as well as the VP of Nepal Chess federation.

Ms. Yolander Persaud is the youngest elected member of the Ethics Commission, at the age of 28. Ms. Persaud is an Attorney-at-Law, Anti- Money laundering Specialist, FIDE Arbiter and Developmental Instructor.  She currently serves as the Vice President for the Guyana Chess Federation.

Ms. Yuliya Levitan has been practicing as a lawyer since 2005. Currently Yuliya is a federal attorney for the United States Department of Housing and Urban Development dealing with real estate, contractual and employment matters. She lives in Shawnee, Kansas at present. In her early life she was a professional chess player (she holds the title of WIM) and for a period of 4-5 years she was in the top 10 in the world among the girls under 21 and was the first girl to qualify into the US Junior Championship (among young men under 21) by rating. Yuliya represented the USA in 1992 Olympics. In the previous FIDE term (2014 – 2018), Yuliya was a member of the FIDE Anti-Cheating Commission in which capacity sheparticipated in the investigations, drafted the summary opinions and worked on revising the ACC regulations and introducing the ACC procedural rules. 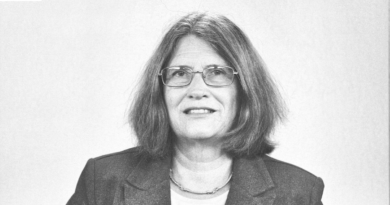 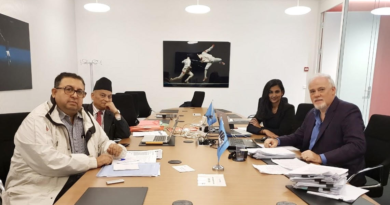